“Yak Attack”
Tristan was sleeping on our bed, then woke up and started to make some alarming noises. He was quickly placed on the floor, but he ran into the crate of innocently sleeping Smoke, where he then threw up. Poor Smoke got out of there as fast as he could.

“Lard Almighty”
Well here is the latest. Last night we cooked up some hamburger and drained a large amount of fat into a tin can. Since there was so much – yuck – we kept it and decided to make a little bird feeder by coating a pinecone with the fat and dipping it into birdseed. Martha Stewart would be proud. Of course, I forgot about the can and left in on the kitchen table while I took Kona the cat outside for a walk/drag. I came back, noticed the can was missing, and Smoke was looking very guilty on the couch. And there was the can. Yes, he licked and ate half an entire can of pure fat.

“Mole Snucking”
Tanzy the great huntress has been after an elusive mole in the yard for months now. She will track it to the hole, start digging furiously, then stuff her nose in the hole all the way up to her eyes. She then inhales as deeply as possible, making a snucking and snorting sound, trying to suck the mole back up to her nose.

“Cheeky Monkey”
Tanzy has an amazing ability to pick out the smallest thing she doesn’t like in her food dish. There can be a small piece of raw carrot buried within her food, and she’ll take a big mouthful, chew for a bit, then slowly a lump will appear under her muzzle lip, work its way toward the front of her mouth, and drops to the ground, away from the food dish. And if we hide treats in her food, she will bury her nose in it and suck out all the good stuff, leaving all the ‘undesirables’. Such a talented girl.

“Alluring Tale”
We had a good laugh when at one lure coursing race, all the whippets lost sight of the lure and our spirited Smoke came running back to pounce on a white bag filled with garbage â€“ not the lure.

“Hare-owing Escape”
One evening Tanzy went outside when the night had turned dark and almost came back with her first ‘trophy’. She immediately took off after ‘something’, with Smoke right behind. There was silence except for feet pounding on the grass and a couple of crashes into the fence. After finally getting her attention and bringing her inside, we saw that she had rabbit fur stuck between her teeth. And between her toes.

“What a Howl”
Smoke is and will probably always be one of the noisiest dogs at the boxes. Catchers can hear him screaming and howling all the way down the field. One day he even made a little kid cry with his frenzy.

“The Great Heron”
We have a small pond in our yard that is frequented by a heron who devours our fish on a regular basis. If Tanzy is inside, she’ll start to quiver until she is let out, barking and tearing outside, trying to ‘get it’. We had a close call when one day the heron started to fly off, then had to re-land as it didn’t have enough room to take off into flight. We held our breath as we watched Tanzy get within a foot of it before it took off.

“Holy Guacamole”
Tanzy caught her first adult mole in our new backyard. She was so proud of herself as she trotted by with it hanging out of her mouth, that you could practically hear the trumpets and marching band along the way.

“Cough Drop”
At one of our first show events, Laura decided to try a few different types of bait to keep Smoke interested. Today she chose freeze-dried liver. Unfortunately, at a critical point in the show, it got stuck in his throat, so he made a horrible coughing sound and it flew straight out of his mouth about 4 feet away. Laura learned yet another lesson.

“Rude Awakenings”
Marco was on his way to work, I was still sleeping, and I hear the barf-prep sounds coming from one of the dogs, then nails clicking as he is roaming over the laminate flooring in the bedroom, looking for the best spot to expel. I am up like a flash, but too late, he had wandered over to the heating grill in the floor and barfed right in that tiny 8 x 3″ vent. While I’m thinking, Really???, said dog decides he isn’t finished, and moves on the one small tiny rug right in front of the door and barfs again.

“The Fly”
Marco spent a good 15 minutes one evening trying to kill an annoying fly in the house. It finally made its way into the bedroom, where Tanzy was snoozing on the bed. She lazily lifted her head, snapped her teeth, and the fly fell dead at her feet

“Winner Takes All”
Laura was showing Smoke at a show with a fairly large entry. He took Winners Dog, and when we came back into the ring for Best of Winners, we waited while all the specials were shown. One handler threw a nice chunk of liver bait on the ground, and Smoke must have been eyeballing it the whole time. As we all went around the ring for the last time, he reached down and picked up the bait, happily chewing the whole way around. We had to laugh and think that the judge was charmed, as Smoke took Best of Winners for a nice set of 3 points.

“Salt Water”
The first time off leash at a beach, there was another dog owner throwing a frisbee into the water for his dog. Tanzy went tearing after the frisbee, took a few strides into the water, jumped a foot up into the air after realizing it wasn’t sand anymore, turned around and hopped all the way back out of the water. Smoke came tearing in right after her, and exited the exact same way.

“He Speaks”
Smoke never barked as a puppy; we thought he may be mute for life. We were at a pet store, where he met a small dog, did a play bow and we heard a wimpy series of ‘barks’ come out of him. It was so odd-sounding that a few people from other aisles came over to see what ‘that noise’ was. Since then, his bark, while still rarely used, has improved to a more impressive pitch.

What do you like best about them?
“When they lick my nose.” (Jessica)
“They’re pretty nice dogs.” (Kaz)

What don’t you like about them?
“When Tanzy had a boo boo on her head.” (Jessica)
“Nothing!” (Kaz)

What happens when they get a bath?
“They get dried up.” (Jessica)
“They shed their fur.” (Kaz)

What do you think whippets eat?
“Whippet food?” (Kaz)

Why do you think they run fast?
“Cause they have strong legs.” (Jessica)
“Because they need to be trained to run fast in a dog show.” (Kaz)

If you had a whippet, what would you name it?
“Strawberry.” (Jessica)
“Girlet or boyet.” (Kaz)

Anything else you want to say?
“No, that’s enough.” (Kaz)

Comments and Observations
“What a soft and leathery nose.” (Kaz, age 4) 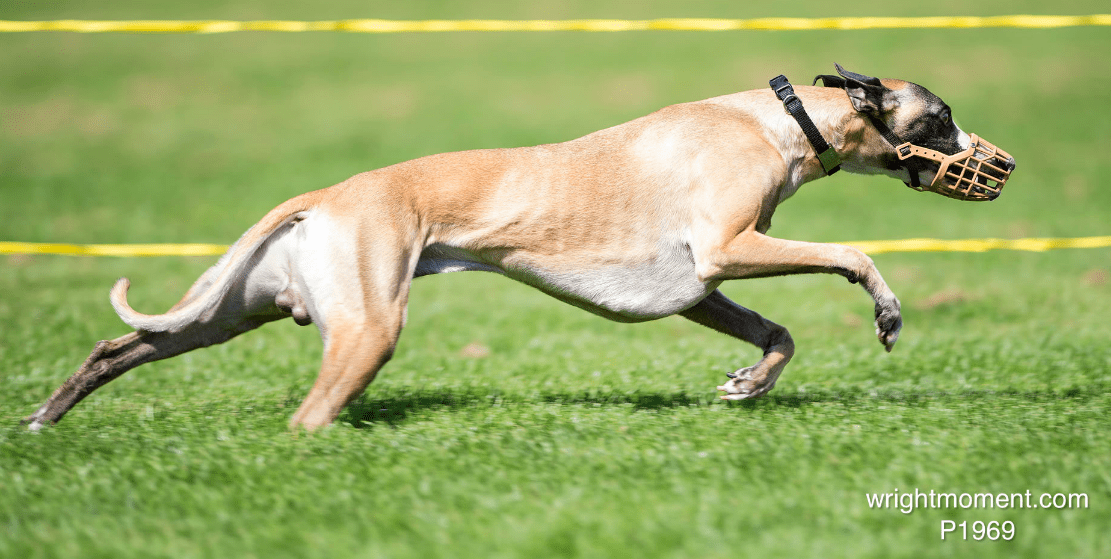 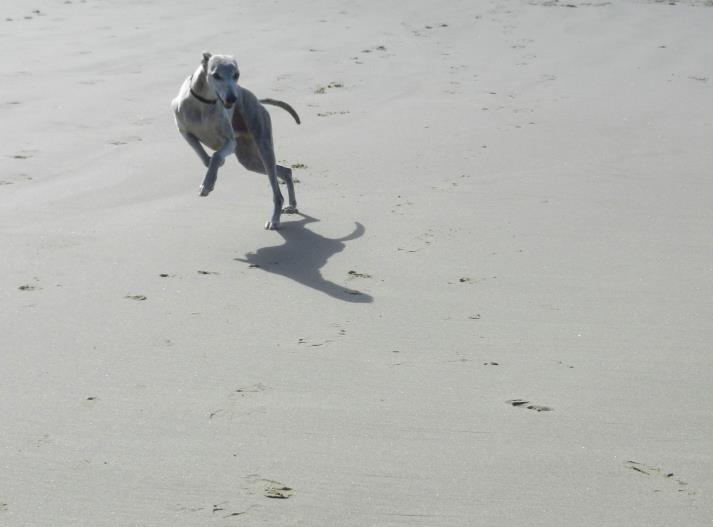 Tanzy after her hock fracture

Tristan in quiet contemplation of the squirrel next door

The latest in handbags

Race practice as a pup

enjoying the last warm days of 2011

waiting patiently for the bunny to move

Smoke having a blast

tired and happy racing together

baby Tristan on the bunny hunt

Spotting something in the distance, at 5 months

On the move at 4 months

Ready or not, here I come!