We had a lot of ups and downs learning the ropes for showing our dogs for the first time. Laura made many mistakes and still does… We had some great wins, considering we were often competing with professional handlers.

July 21 Whippet Club of BC Specialty show. Laura and Smoke’s first show, and we take an exciting BEST PUPPY IN SPECIALTY! (under breeder-judge Pauline Oliver) 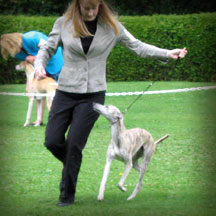 Nov 25 Elsie Murray show. Smoke, just over a year old, shown by Laura, takes BEST OF WINNERS for 3 points and his first major, the only day entered! He has a beautiful win over all the girls (pictured above).

Tanzy was owner-handled by Laura to finish her Canadian show championship February 2008, shown in the 12 – 18 month class. While not too thrilled with the whole event, she pulled off some nice wins against stiff competition. We decided to spay her, to the relief of her brother (who chewed a hole in our bedroom door frame when in season), then entered her in the altered class during the summer and took Best of Breed Altered in the Western Gazehound Club specialty. We also had a great trip in April visiting the National Specialty in Oregon. Holding off racing due to a fluke injury as a puppy, Tanzy started her first CWA straight race meets in the middle of the summer, consistently placing in the Top 10 and conformation matches, and we were elated when she picked up 6 ARX points at the October RFF meets. As she is fairly petite, it was quite something to see her running and attacking the lure along with the ‘big boys’. At her first lure courses in the fall at the Vancouver Island course, Tanzy placed 2nd both days, then placed 1st in her stake at the second LMWA trial, finishing her Canadian Field Championship in just 4 trials. In these trials, she placed as the #4 all breed hound in Canada based on her points average. You go, girl!

We were impressed with how beautifully and curvacious Smoke matured and how comfortable he was in the show ring, so we decided to show him, solid blue brindle and all. We had some spectacular wins and was owner-handled to his Canadian show championship, finishing with a Group 3rd and 4th from the classes. He had a great time in the ring and enjoyed meeting all the eligible ladies. Smoke is an ear piercing maniac at the race boxes and has conversations with the lure, so we are always amazed that he still has any energy left after the boxes open. While not the fastest racer, he runs with a lot of heart and enthusiasm and carries his ‘prize’ back to the boxes with pride. He placed in the CWA conformation matches and finished his DPC and TRP titles in October’s RFF meets, ending the year with his highest Top 10 placement to date. He enjoyed oval track racing and gained his OTR title in 3 meets, along with a Top 10 placement. In his first lure courses last fall, Smoke took 3rd place the first day and tied for 3rd the second day (forfeited), finishing closely to Tanzy both days. At the LMWA trials, he finished the year nicely with a 2nd and 3rd placement, and earned a placement in the Top 20 coursing whippets in Canada for total points!

Feb 15 Renaissance show. We have our first NEW CHAMPION (Can. Ch.) with Tanzy. She took WINNERS FEMALE to finish today! 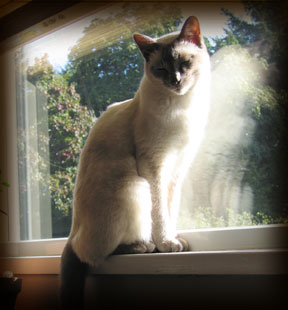 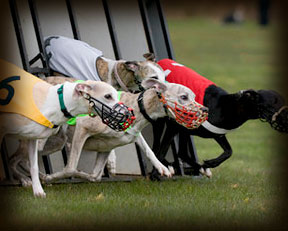 Apr 5/6 CWA race. Smoke has a TOP 10 and takes 4th in conformation matches.

Apr 24 One of our first doggy US road trips to attend the US National Whippet Show in Eugene, Oregon. Beautiful weather and large entry…

June 8 NAWRA (North American Whippet Racing Assoc) Racing, Abbotsford. First straight race for Tanzy and Smoke. Fast dogs – they did their best to keep up with the big boys!

June 27 Niccola Valley show. We take Morley with us on a road trip. First show, Smoke takes BEST OF WINNERS, BEST OF BREED, and a GROUP 3rd placement from the classes to finish his Canadian NEW CHAMPIONSHIP (Can. Ch.)! This all in blazing 40 degree weather with helicopter-sized mosquitoes!! 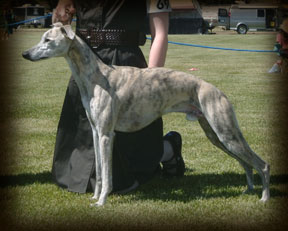 June 28 Niccola Valley show. Smoke takes another BEST OF BREED and GROUP 4th. Laura also takes BOB and GROUP 4th from the classes with Morley in the second show.

June 29 Nicola Valley show. We took another GROUP 4th with Morley, adding another 5 points for her in one weekend. 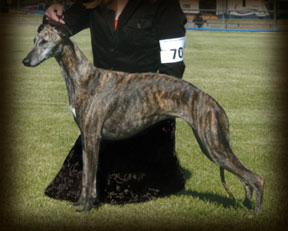 Aug 9/10 CWA Whippet Racing, Abbotsford. Tanzy finishes in the TOP 10 both days and also places 2nd and 3rd in the conformation matches.

Aug 23 NAWRA Racing, Squamish. Other than some driving elevation issues with our girl, we have a nice time camping out at Squamish. Smoke and Tanzy gain more points toward Sprint Racer titles.

Aug 24 Oval Racing (North American Oval Track Race Assoc), Squamish. Smoke tries oval track for the first time, loving every minute of it. He takes the unofficial award for the best break of the day, leading with a three length head start on his last race. Due to the sudden amazing downpour of torrential rains, Tanzy has some second thoughts about running, so we decide to let her enjoy the warmth of our trailer instead.

Sept 12/14 Mt. Cheam shows, Maple Ridge. Morley is shown to WINNERS FEMALE both days, ending up at the dreaded 9 points.

Sept 20 Lure Coursing (Vancouver Island Lure Coursing Assoc). First attempt at coursing and slipping our dogs. Tanzy does a great job and finishes with a second. Smoke takes a third placement (only half a point behind sister Tanzy), after a spectacularly scary somersault in the last straight stretch.

Sept 21 Lure Coursing (VILCA). Tanzy takes another second, after having to run a third time today due to a no course call with her running mates. Smoke ties for third, and we forfeit to forth. 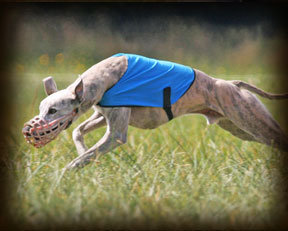 Sept 28 Lure Coursing (Sighthound Club of BC), Agassiz. Today we just enter Smoke, who takes an NBQ after running 3 times due to the team losing sight of the lure.

Oct 4 CWA Racing, Abbotsford. We are just thrilled when our Tanzy finishes in the TOP 10 (4th overall) and takes the coveted top 4 ARX points (Award of Racing Excellence). Smoke does a great job as well.

Oct 5 CWA Racing. We are elated when our Tanzy again finishes in the TOP 10 (4th overall) and takes the second set of points for 2 more ARX points. She also places 4th in conformation. Smoke finishes TOP 10 in 6th place for a fantastic ending to the year, and completes 2 racing titles: DUAL PURPOSE CHAMPION (DPC) based on a combination of racing and show champion, and TITLE OF RACING PROFICIENCY (TRP).

Nov 8 Lure Coursing (Lower Mainland Whippet Association), Abbotsford. Smoke takes a nice SECOND today for his first placement. He is a very consistent racer, and a pleasure to watch, after the craziness at the starting line is over with. Due to some very terrible amateur slipping by Laura, and too much excitement, poor Tanzy doesn’t have a chance today.

Nov 9 LMWA Lure Coursing. Tanzy does a fantastic job and ties for first in her stake. After a run-off, she takes FIRST and finishes her CANADIAN FIELD CHAMPIONSHIP (Can.F.Ch.) in only 4 trials! Smoke ties with mom Crystal and takes a 3rd in his stake.

Dec 4 Smoke is neutered today, much to his surprise. He begged us for noodicles, but we think he looks manly enough. We tried the cone as he is a licker, but he ran into the fridge and scared himself so badly that he jumped a foot in the air.

Dec 30 Year end lure coursing results. In her 4 trials, Tanzy placed as the #4 ALL BREED HOUND IN CANADA based on the Points Average system. Smoke and Tanzy both place in the TOP 20 COURSING WHIPPETS IN CANADA for total points.